CITY TOPICS IN THE RUHR

In such a large location as the Ruhr Metropolis, urban sprawl is highly visible to expats and German residents alike. Cities such as Dortmund, Bochum, Essen, Duisburg, Gelsenkirchen, Mülheim, Oberhausen and Recklinghausen form the backbone of the Ruhr region. Beyond urbanisations, five million residents live amongst diverse rivers, forests, hills and villages too.

Depending upon their general source of wealth, the way in which towns were developed as well as today’s political leadership, fortunes vary enormously. Many places offer a lively atmosphere just waiting to be experienced.

Getting around town is fairly straightforward since, unlike such capital cities as Madrid, London or Paris, the downtown city centres are relatively compact. All in all, over 50 cities and counties can be found here and each is unique. City topics are just as varied.

Interestingly, the Ruhr river flows not through but along the south of the region from the east past Mülheim to Duisburg, where it joins the Rhine. Waters are normally tranquil but can create flooding at times. The Rhine-Herne canal lies to the north.

The public transport system in Ruhr is extensive, safe and normally efficient. A dense network of trams, Strassenbahn, above and below ground as well as buses serve the cities and suburbs. Links via the local and S-Bahn train systems interconnect many neighbouring communities. 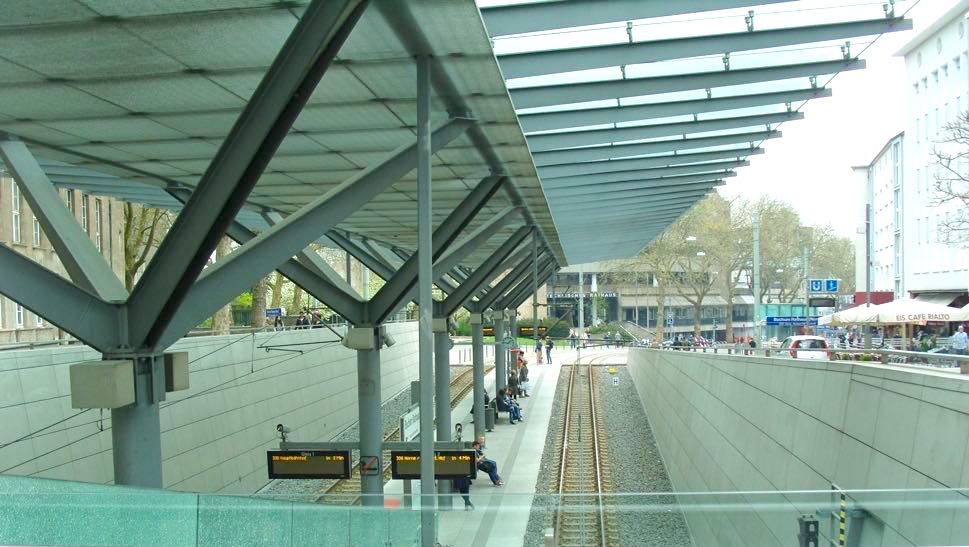