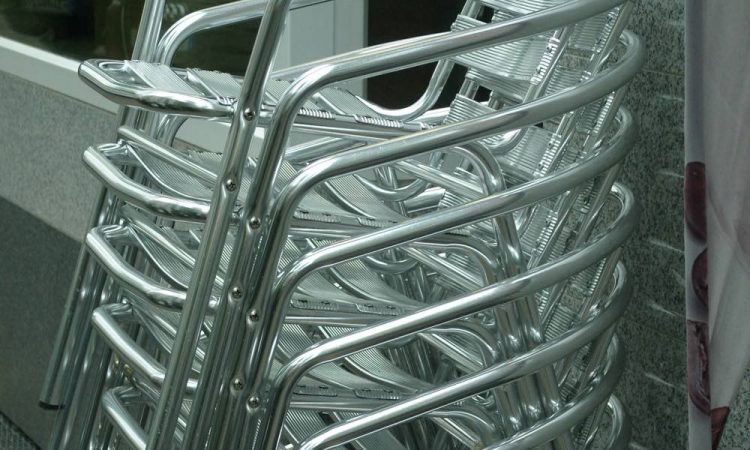 The service environment in Germany is extremely different to that in, say, the US or the UK. Customer experience is defined both by a mix of personal attitudes and the ability to interact with others. It is also as much a reflection of motivation, or lack thereof, as a result of social tradition and recent history.

Many products and services take much longer to develop in Germany than elsewhere. Past examples include credit cards, mobile phones, the internet and opening hours. Yet Germans travel far and experience excellent service in other countries. Many shop just over the border.

People, as the point of contact between suppliers and consumers, define impressions, image, values and corporate culture. Fear not, company policies and mission statements have progressively developed into an understanding that a smile goes a long way. Service as a mind-set could one day be even better, implemented with German perfection. Just imagine. A thesis:

Following the foundation of the Federal Republic of Germany, rebuilding and redevelopment was soon accompanied by the first of several so-called waves, Wellen. They included an early one of opulence, namely that of food, Fresswelle. The clothing wave, Kleidungswelle, followed and as Germany’s wealth was re-established so did the accommodation situation, Wohnungswelle. Further prosperity brought the car, Autowelle, and travel waves, Reisewelle. The German industrial machine powered on and demand for goods increased.

An elbow consumer society became firmly established where literally everything was purchased and the demand society was firmly cemented. Lax service quality was prevalent and is still partly present today. Why concern oneself with fine service when superbly manufactured products are selling? The occasional slump saw well intended but half-hearted attempts at change, yet each upturn of the economy brought a renewed neglect of customers.

And as Germany of the late nineties experienced its telecommunications wave, demand for voice and data transfer boomed. Market forces, unleashed through deregulation and consumer choice, were supported by an abundant supply of goods. But customer-orientation centred solely on price.

Germany is a country that had been strained by reunification and an economy suffering under central government policies. Although mostly benefitting from the upheavals and pressures of the globalised economy, German exports have long profited from the Euro but the consumer-driven economy hasn’t.

Consumer confidence has always been influenced by worrisome signals. Job insecurity drives people to differentiate their expenditures and reduce their willingness to buy. Government through high taxation reduces the Euro in the pocket, creating an even stronger desire for value for money. Economic prudence should not be confused with stinginess.

Furthermore, compared to overseas, German business society is used to managing scarcity and has traditionally tried to limit competition where possible, as the utilities and fuel industries reveal.

More recent mergers in the banking sector and a quasi handover of Germany’s bankrupt, second largest airline to Lufthansa are classical examples of the German way.

Foreigners often comment on the topic of service and act accordingly. German customers that are not satisfied with the service they receive tend to moan. Most fail to make their dissatisfaction known and mostly refuse to complain. Old suppliers are quietly swapped for new.

Companies suffer narrowing profit, feel the pressure of strong competition, reduce prices and miss many opportunities available through service in the consumer-driven market of today. Real differentiation from competitors is seldom.

Compare local supermarkets which can still be more scruffy and dull, with minimal space and long queues at the cash till compared to other cultures. This is accompanied by staff that are sometimes grumpy and often disinterested. Even much product packaging still fails to inspire.

That said, German consumers can be disrespectful and fail to greet or thank employees that form our essential known strangers, that social scientists have defined as crucial to our personal wellbeing.

Recent German history shows continued implementation of production procedures in a manufacturing powerhouse that is legendary. Improvement of repeatable processes with rising standards of precision has turned Germany into today’s successful export nation. A vast and unique trade fair industry has even been developed to present their excellence to the rest of the world.

Highly trained labour builds upon an early tradition where professional status was established already in the Middle Ages. Those entering industry to learn a trade completed their masterpiece, Meisterstück, and became admired and respected. Those who didn’t entered lower paid trades with less esteem.

Status was even strengthened in Germany when success and a higher standard of living achieved by both white-collar employees and blue-collar workers brought the phenomenon of the foreign guest worker, Gastarbeiter. Untrained foreigners undertook many service jobs unwanted by nationals with low status and low pay.

Not learning a trade is still considered a weakness by the establishment in Germany. That could be one reason why, for instance, shoe shiners are seldom found on German streets and shop assistants fail still to receive the personal respect they deserve in society.

The word meaning to serve, Dienen, implies a far more antiquated and subversive attitude in the German command language than it does in English. Germans don’t like serving nor do they seem to appreciate being served the way many other nationalities do. Perhaps they don’t demand high levels of service because they don’t know what it would be like to have it.

Peaceful tolerance, logic and rationale belong to German society and perhaps result just as much in a curious prevention of demand for good service. In this peaceful country, the German is used to having his or her sense of reason, Vernunft, appealed to. Hence, if someone stands in a queue, then it’s perhaps reasonable to know it will take a while. So once again, doesn’t complain directly to help initiate change.

A trip to the local coffee shop reveals or home delivery from a cheerful employee reveals a reason for being optimistic. Younger staff have tended to grasp service from the heart and genuinely live attitudes that help their customers’ sense of contentment. Owners in the service industry have realised that service is key to success today.

Service quality is also a sporadic topic of debate in the Ruhr Metropolis. Some administrative departments are striving for improvement. Their success can sometimes be experienced in areas that concern expat residents in the region. However, other areas are still very much hit and miss.